Home » Where was “The Inspector Montalbano” Filmed

Firstly I would like to clarify that the places mentioned in the TV series such as Vigata, Mannara and Montelusa are invented names.

To discover the places of Montalbano you need to travel to SouthEastern Sicily and stopping in Scicli, Punta Secca, Ragusa Ibla, Ispica, Noto, Modica, Menfi, Gela, Sciacca and Vittoria (just to name a few).

Visiting these places means taking a trip to wonderful Towns, where the Baroque style especially can be seen in the squares, churches and monuments but not only, you will see a wonderful stretch of coast, wild nature and fine sandy beaches.

It is the oldest district of Ragusa, characterised by leaning roofs and narrow streets. Ragusa Ibla stands on a hill in the upper part of the city. The neighbourhood has 42 churches and numerous Baroque buildings that become the architecture and neighbourhoods of the city of Vigata for TV series. Reach the Giardino Ibleo where there are also excavations of the ancient city, called Hybla.

The House of Montalbano in Punta Secca

The famous town known as Marinella coincides with Punta Secca and Montalbano’s house by the sea is one of the most booked B&Bs on the coast, thanks to the TV series. Punta Secca is a seaside village of Santa Croce Camerina, it is a small village that has become famous for being the home of the Inspector.

A fascinating historic center characterised by wonderful Baroque architecture that places it among the UNESCO World Heritage Sites. Modica is another fundamental stop on the tour of the Inspector’s places. Many Vigata scenes were shot in this town. Walking through the charming streets, do not miss a visit to the Cathedral of San Giorgio, also a UNESCO heritage site. But the city is also famous for its chocolate which is obtained from a particular ancient method.

A sumptuous noble residence known as The Castle of Donnafugata 15 kilometers from Ragusa, consisting of 122 rooms of which only about twenty are open to the public. It was chosen as the house of Montalbano’s enemy the mafia boss Balduccio Sinagra. Numerous scenes were filmed in the castle and in the garden.

In Scicli you will find important places featured in the TV show. The municipality of Scicli is in fact the setting of the Vigata Police station. The office of the mayor of Vigata has been set inside Palazzo Spadaro. The former Chamber of labor was chosen to set the offices of Commissioner Montalbano and his deputy Mimì Augello. The exteriors of the Montelusa Police Headquarters are actually the exteriors of Palazzo Iacono in Scicli. I recommend a visit one of the most beautiful and ancient baroque towns with its lovely small houses and narrow streets. Since 2002 its historic center became part of UNESCO World Heritage Site, together with the Val di Noto. 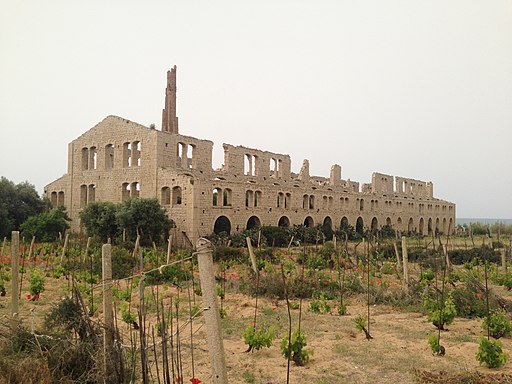 The imposing Fornace Penna for the locals is known as the “burnt factory”, for the fan of the TV series is the “Mannara of Montalbano”. The Fornace was completed in 1912 and from that day overlooks the sea of Punta Pisciotto. The factory, equipped with a Hoffmann oven, was one of the most advanced industries in the south. It produced bricks managing to churn out ten thousand pieces a day between bricks and tiles that were sold in many Mediterranean countries, especially in Malta and Libya. Unfortunately an arson attack completely destroyed the factory in 1924. 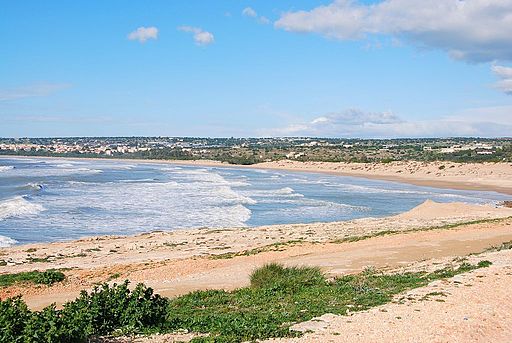 The Fornace Penna stands on the Sampieri Beach near Scicli in The Province of Ragusa.

This is a lovely golden sandy beach acted as backdrop for different scene of Montalbano.

Noto often appears not only for its beauty, but for the presence of the Vigata prison. The eighteenth-century city is the ideal set for some of the scenes, especially in the location between Porta Reale and piazza XVI maggio. In the past, in the course of a few episodes, the offices of the most loved policeman in Italy have also been moved in this town to carry out the investigations faster.

During the various episodes you will always notice excellent fish dishes with sea view. The restaurant really exists and its real name is not “Trattoria Da Calogero” but “A Rusticana”. This restaurant is located in Ragusa Ibla in “Corso 25 Aprile” and was featured in the episode “The snack Thief”. Do not miss the main square with the staircase leading to the Cathedral of San Giorgio and that of Santa Maria delle Scale.

7 Most Beautiful Sights in Erice Sicily